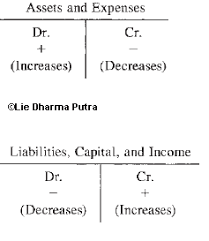 Yesterday a lady approached me on the street to ask me a weird question, she said that her friend just had a granddaughter and the parents called her ‘Black” , and she asked me if I thought that this was “normal “, she went on to saying that the parents were university graduates and they should therefore have known better, that when she laughed her friend told her everybody complemented them for the choice (liberal choice) and she ended with unfortunately the priest baptised her anyway because nowadays nobody goes to church anymore (so he has to take whatever comes and he can no longer rule on the appropriatness of names, unlike a few years ago).

Since I am becoming aware that if all that is Here is me, I’m taking everything that happens as a clue to something I’m working on, but yesterday I could not see clearly the connection to this impromptu approach, apart from possible racial issues that I may have suppressed inside under a liberal tag but I will look later into this point.

Then when I came home I read a few blogs, I read one about how when we get the pay check we feel a thrill and everything in that blog was about money and absolutely equal to me in every experience, a point I’m looking at to see where are my connections to the Money System, while I am discovering sadly that they are just about everywhere, hence the need to bring the Money System to Equality to stop all the bullshit we have alowed and accepted ourselves to define us and others equal to us.

Today the ‘nonsense talk’ of the lady that approached me yesterday came into focus more clearly, as I wrote yesterday I’m becoming aware that my whole life has been lived as a system of favours, where I would ONLY do something to get something, or think something to get a particular emotion or to feed an idea and a personality of myself.

So, I can see the talk of the lady in exact the same context, every word we speak, every sentence has a PLUS and a MINUS value, if I deconstruct her sentence into an apparente vocabulary accounting book it goes like this

” I want to know what you think about this ” (PLUS, giving me value, valuing my opinion even though we never met, but because of the VALUE she gives me she opens a door)

‘my friend just had a granddaughter and they decided to call her BLACK’ (MINUS, as she implied through her tone and body language the inappropriatness of such choice)

‘when I laughed’ (MINUS, she laughed at them, diminishing them)

‘she told me that they had received plenty compliments’ (PLUS, because she had the group approval)

‘what do YOU think ? is this NORMAL ?’ asking to cast my vote as MINUS or PLUS

‘the priest baptised her anyway’ (MINUS because the priest was irresponsible)

‘but he had to because nowadays there are very few people going to church’ (MINUS, implying both the lower rate of church goers and that he has to take ‘whatever’ comes)

So I finally saw the connection, I am showing myself that I and everyone else within polarity live inside a book of credit and debts, either trying to balance out according to our accepted and allowed definitions of whatever we think, feel and do or in the process of diminishing or uplifting a story (always in the attempt to balance out).

We are dishonest in our talk as well as out thoughts feelings and emotions, because we are participating within a polarity game and thus of the Mind.

The polarity game itself is like the book of profit and loss, debits and credits are recorded and played out in a never ending game of trying to win to uphold our personalities as ‘good’, deeply fearing to be ‘bad’, so the links to the Money system within our reality are everywhere, it is quite disheartening (interesting choice of word, that trying to dismantle the money system construct should be ‘disHEARTening, given what the HEART of the system is, MONEY itself) too see how deeply money infiltrates our reality.

We need to forgive all debts, in our memories, thoughts, feelings and emotions, to delete the profit and loss books from our life to allow a new economic system to manifest, if we are the system it is the system INSIDE of each one of us that needs to be addressed and corrected to the deletion of all credits we claim against others, we can start from there because the profit and debit book is a double accountancy system, once all the credits are given up the debit column will collapse, once we realize that all abuse was self abuse, our claims stop, our credits stop, the debts are not forgiven, they are realized into non existance and the new system will be brought forward as a replacement to the old system of abuse that is creating inequality and suffering within each one of us one and Equal to the world we live in

Investigate a new money system, delete your debits and credits book, set Life free, join us for a long standing solution at www.equalmoney.org

I forgive myself for allowing myself to not see that I am the very creator of this system of abuse and inequality through my participation within a polarity game of decreasing and increasing values for every word I speak, thought I think and emotion I participate in, none of which is real but of the Mind

I forgive myself for allowing myself to accept and believe that there was nothing I could do to change this system because I refused to see how I was myself participating within and as it and thus giving it life, me as life, instead of standing as Life, as me, One and Equal to everything that exists

I forgive myself for allowing myself to judge people diminishing them

I forgive myself for allowing myself to judge myself diminishing myself

I forgive myself for allowing myself to accept and believe that who holds the most credits, in any accepted from, of being abused, of being rejected, of being right, has more chances to win over others due to the accumulated credit/assets

I forgive myself for allowing myself to accept and believe there is nothing I can do to stop myself because I have allowed my Ego to tell me so while I see that if I can see what is going on I must be able to change to realign myself to what is best for All, dropping all illusions, all claims, all fears to be less and desires to be more, one step at the time, one point at the time, until I accumulate into what is Best for All

I forgive myself for allowing myself to judge myself and humanity for what we have lived out through our programming, I stop all judgements because when I judge I feed the credit and debit system log instead I STOP, I breathe, I see that all this is NOT what is best for all, self righteousness within this process is the ultimate CON of my Ego, because when I feel that I am MORE right than others for walking this process here I go again,  creating a plus for myself,  a credit, instead I stop and breathe, keep telling myself to STOP and breathe until I see I have stopped feeding the system one and equal to me

I forgive myself for allowing myself to accept and believe that there are thoughts worth thinking even relative to this process, instead I stop fooling myself and just bring myself back Here every time my mind wanders, because when my mind is wandering I’m polarizing something as the mind exists ONLY within polarity and when I exists within the MIND I am of POLARITY

I am HERE, I breathe, I am Life in the process of birthing itself into the physical