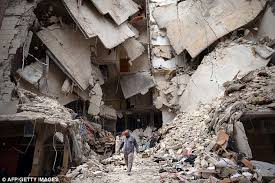 Yesterday a friend shared about an acquaintance of his that lived in Sweden for 1.5 years as a war refugee, all benefits given.

By ‘benefits’ I mean his due Human Rights, a house, a living income, free healthcare, basically what everyone on this planet should be entitled to for the sole reason of existing as a breathing, living being.

By bene-fits we could even mean what fits well, opposing what we live everyday, the male-fits, what doesn’t fit well, what is ill fitted of this world that we created without consideration for Life or each other.

He had first arrived in Italy, found himself largely disappointed by it and left, Italy is the place where we don’t recognize human rights to anyone, be them migrants or citizens -because this is our idea of equality, even though lately the Italians are annoyed about being too Equal to the migrants in having no rights and are claiming to have less rights in fact than those that are lucky enough to reach our shores by boat, many of whom don’t seem to have made it in the past 20 years as they have recently estimated that about 20000 people died quietly in the Mediterranean, transforming it in a cemetery and no longer a sea that brings to mind seaside and holidays.

What the Italians don’t know is that the money that is claimed to the European Community for our ‘Humanitarian Emergencies’ (which we should call with their proper name such as ‘unlawful criminal invasions in the attempt to appropriate deliberately of someone Else’s resources’ or something similar but never accept to label them as ‘Humanitarian Emergency’, a line that conveys the idea that this emergency is not in fact Man Made, is not in truth deliberate and criminal at the source and absolutely avoidable and preventable), never reaches the migrants but is sucked into the Roman Black Hole that exists since the time of the Empire, that sucks in any common wealth to transform it into corruption, theft, nepotism and the magic disappearance of large sums for which no one is accountable nor wishing to be in the near future.

The migrants don’t get a penny, they are exploited, they live in the underbelly of an economy where they can be abused at leisure because they have inherently no rights due to their position as illegal aliens and as such they constitute the very layer we wish to create in every society, as in every sick society we have brought to life so far, where you have a group where the buck ends, that can be the receivers of all abuses with nowhere to go, where the hellish existences that would be lived by us are instead shifted one step below, to those rendered voiceless against our constitution that says that ‘no one can take away the basic human rights of anyone regardless of their color, creed or social status’. Something we have been reminded about recently by our Chamber President, Laura Boldrini, and that resulted in the Navy being deployed for rescue into the Mediterranean. It’s hard to be confronted with your own Constitution, aka the chart that states who you said you would be when things turned rough, just to discover the gap between who you wanted to be, said you would be, wrote you would be – and what you have become, a point all of us are facing in our own lives and hopefully sooner than later, moving to correct into an honorable living.

Today to have access to basic Human right, our best position is to be war refugees, at the moment this is the only group that seems to have successfully negotiated the right to live when escaping from the other choice in war, which is to Not Live.

Meanwhile the rest of the world goes to the ground because we are unable to assert for all of us the right to live, the right to a dignified existence that apparently must be granted to us and cannot just be claimed as an inherent right of Life for All.

It is therefore very unsurprising that war is very high on the Migrants wish list, absurdly WAR is what gives to some the right to Live.

The character of this story made his way to Sweden where he found asylum claiming to be a Palestinian, unfortunately for him, he was not, he was from another country from the Arabic world, a country that is not as lucky to be at war, they are just struggling with the rest of the world for the right to live which so far is not enough to guarantee that one can indeed Live, we have to Wish for War to Get a Life.

If you are able to see the absolute absurdity of the world we live in, you have to stand up for a different world, another way to live is possible if we grant to each other the inalienable Right to Life, if we agree that Life cannot be sold, cannot be traded, cannot be demeaned, dishonored, abused.

It requires all of us to make a different choice, from Death to Life, from the worship of Death and all death related things to upholding Life as the real Capital of this world that we all share and as we share Equally what has Real Value, Life, we must Equally share in the support required to make Life worth living for All and no longer something Exclusive that only some have a right and access to, because of Money.

Stand for a living income guaranteed for All, whichever placement in the world you cover, this choice is a win win for All, when we decide we can all Win, the faulty world we designed where many must lose for some to win will cease to exist and a New World will come forth, where peace for All and the brotherhood of Man will be a reality and no longer a dream.