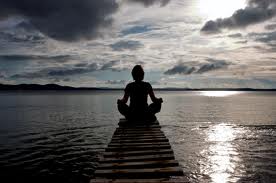 Yesterday I received a phone call from a friend and he told me that one of our common friends, a staunch meditator who used to spend up to 3 hours a day in the lotus position and to preach to anyone, who would care to listen, the benefits of such practice,  had a motorbike accident on the Thai island where I used to live. He lost all his teeth, broke 2 ribs and is now still recovered in a Thai Hospital without insurance.

Motorbike accidents are the first cause of death in Thailand, foreign tourists and residents in Thailand rent motorbikes just for the holidays and ride helmet free, for that picture perfect feeling of freedom. Serious accidents are usually something financially unplanned for by tourists or people who are living “outside or barely above the grid”, as they like to think of themselves, and when one has to face such an event, one will have to face  the ruthlessness of the Thai medical system for foreigners, the bills are prohibitive and without money upfront one cannot have access to medical care, some of my friends could be operated only due to the mercy of their friends advancing the cash on their behalf.

On the island where I lived taxi drivers would get a tip from the hospitals where they brought in a foreigner, Thai people are poor and they can’t suck their blood with hospital bills, but foreigners are a free war zone among hospitals who hope and bribe to get them to their ER first, competition is everywhere, among the bleeding and dying too.

I remember a few years ago when I studied meditation( a practice that never worked for me personally and I am just lucky for not having taken that particular dis-ease on board even though I am not privy to my own delusions like  positive thinking and Law of Attraction of which I was quite a devotee for many years), I read a funny note written by a woman who had embraced meditation as a way of life, she stated that while meditation can help for pretty much everything, if you have an accident and your nose falls off, you should not try to meditate it back but you should undergo surgery, she said not because you couldn’t,  just because surgery exists and we do what is most practical. What a sound advice.

I should let my friend meditator know, don’t try to meditate your teeth back, just go to a dentist, find the money, because that is another thing you cannot meditate yourself into, and fix yourself.

When I used to live on the island we had a few discussions about meditation, he used to support the idea that meditation can heal the world, I was in disagreement having  just landed with a Thud from the Law of Attraction delusion, and I can call it delusion out of personal experience, I took it all the way into practice, I did not work for 4 years, lived in blissful paradise, smoked pot all day and thought positively all the time, BUT I could not manifest Money, I thought about it, did the treasure maps, visualized myself having it, spending it, used all the Money techniques available to make it from thin air and it did not happen. Someone will say, I did not do it right, usually the ones who have the Money and would not, ever, take it this far to see if the teachings are really true, because if they were, I planned to teach it to the whole world, but they did not deliver. Instead I woke up from my delusions almost broke with no job, having cut myself out of the money-making system and having to restart from the bottom again.

Which is OK, because I have manifested this consequence for myself and I know I can walk out of here because I am an experienced rock bottomer, but as I see it today it’s just plain stupid that I had to make this real for myself to see the absurdity of my beliefs.

And so the same is for my friend now, he has landed back on the planet toothless and broken in more than one way, I’m sure he wont’ be meditating at the moment because he will be too busy getting practically out of this mess, looking for physical support that will range from first, finding the money, then finding the dentist, then healing well enough to be able to have credibility again as an energy healer, because it’s hard to convince prospect energy patients that you can do for them what you cannot do for yourself.

Here are the meditators Main Points :

The Starting Point: anyone who approaches meditation does so because they feel bad, this is an elementary clue, because if they felt good they would be out there living their lives and would not sit crossed legs for hours enduring excruciating uncomfortability trying to stop their thoughts

The Motivation: they have thoughts that they have realized they cannot control, and they don’t like them, they don’t like themselves within these thoughts, so they try to quiet their minds and by practice they delude themselves that ‘those nasty thoughts’ have gone away, but they did not, scratch a little and you’ll find them all, not one has gone, check for yourself and you will see

The Advertised Motivation: they say that they meditate to better themselves and  the world, this is not true, this is what they tell others so they won’t have to expose all the turmoil of their minds and feel belittled by how little control they really have over what goes on inside of them and all the terrible self judgement they try to cover up

The Evidence: the world is NOT getting better, they do not participate in reality so they don’t have to face this point, they don’t  watch the news, call people who try to point out numbers and facts ‘negative’ and with this very label they gain the right to not listen and feel self-righteous about why they do not, reality unfortunately doesn’t go away just by not looking at it, when you open your eyes reality is still there, facts and numbers are unchanged, only you have left for a while, check at the next landing and you will find everything totally unfazed. Meditation has no power on the physical reality, you may gain a better (fake) disposition that guarantees better (fake) relationships within the meditators world but that’s about it.

The Picture that represents meditation: I have chosen a picture to represent meditation, I found it interesting that most ‘meditation’ pictures are exactly like this one, a person in blissful isolation in paradise. The key word of meditation is I-SO-LAT-ION, and it is right, they are so late with the landing, the Earth needs all of us, no one should leave until we sort things out, not even, in fact especially not, in their blissful, deceiving minds.

I have seen all these points inside my self as well when I practiced positive thinking and Law of Attraction, I have been to gatherings across the world and saw always the same story, no one of us feels good all the time, it’s impossible, we were not designed this way, we are bi-polar in an energetic sense, each one of us through self investigation will be able to see the switches, how easy it is to flip from positivity to negativity and back, there is no stability within the mind and not ever a chance to get a constant consistent one, Stability is not of the Mind.

Meditation is just another self-serving tool to uplift oneself from the mess of this world, it’s a lift that takes the practitioners from the dungeons of their minds, up to the attic, but what is missed is that, no matter what one beliefs, preaches and tells others, nobody has yet left the building.

The building is Planet Earth, we are all in this together, no one can leave unless through death and guess what, whoo whoo, not even then.

Time to get real, check out a solution that will benefit All Humanity and All Living beings Equally. The mind has no solutions to offer, the solution is Here, within the physical, in the shared Breath of All where Equality and Oneness is already there waiting for us to catch up.

For self-support to get out of the meditation delusion:

To join the solution that will allow us to come together and bring Heaven on Earth, so no one will need to leave on Blissful Mindfucks

To support the solution at the Equal Life Foundation